has invited you to join this group

The Law of Drug Reimbursement

The “law” applicable to drug reimbursement encompasses an array of laws across 50 states, the territories, and the federal government. These laws and regulations determine what a “Plan Sponsor” (such as an insurance plan, State Medicaid program, or Medicare Part D Plan) or pharmacy benefits manager (PBM) may or must reimburse network pharmacies. These laws can generally be grouped into several different categories, including: Maximum Allowable Cost (“MAC”) or fair reimbursement laws; post point of sale (PPOS) adjustment restrictions, and Any Willing Provider laws (AWPLs).  In turn, many states have enacted different aspects of these laws regulating commercial insurance or Medicaid plans in their states, whereas the federal government has implemented certain provisions regulating reimbursement for the Medicare Part D program, as well as the Medicaid program, broadly. We address these overarching categories below. 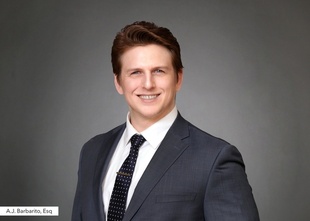 MAC is the price a PBM or plan agrees to reimburse pharmacies for multisource generic drugs. MAC prices, as well as the drugs that are included on MAC lists, are unilaterally determined by a PBM according to proprietary formulas. Pharmacies have little or no control over these prices, which are offered on a take-it-or-leave-it basis and might not be updated within a reasonable timeframe based on changes in market conditions. Many states have implemented MAC regulation providing an opportunity for pharmacies to appeal pricing and requiring more transparency from PBMs.

Louisiana has one of the strongest MAC laws,1 requiring PBMs to update MAC lists on a timely basis based on marketplace changes, accept appeals within 15 days and, if the appeal is denied, to supply the pharmacy with the source where the drug may be purchased for a price at or below the MAC price from state wholesalers. If the appeal is granted, the PBM must allow the pharmacy and all similarly situated pharmacies to reverse and rebill any claims for the drug (in addition to other notice requirements). Other states, including Arkansas, have similarly strong protections; in fact, Arkansas’ law was at issue in a recent Supreme Court case—Rutledge v. PCMA, which established that these pricing laws are not preempted by federal law. This was a substantial victory for states and independent pharmacies.

Recently, fair reimbursement laws have begun to expand beyond just MAC protections, requiring PBMs to offer reasonable reimbursement for all drugs, including brand drugs. New Jersey’s law is essentially a MAC law expanded to include brand drugs that reimburse below cost.2 Like a strong MAC law, it requires PBMs to disclose any proprietary methods for determining reimbursement, provides a window of time to appeal and, if the appeal is denied, requires the PBM to provide the pharmacy with the name of the state wholesaler providing the drug at the PBM’s price. Puerto Rico has one of the broadest fair reimbursement laws, prohibiting reimbursement below acquisition for all drugs.1 Legislation has previously been advanced to regulate MAC on a national level.2 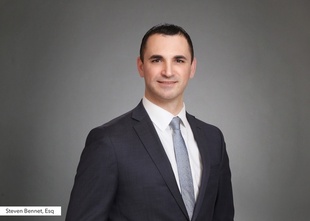 Anti-PPOS adjustment laws are intended to prevent charges imposed on pharmacies after the point of sale, including direct and indirect remuneration (DIR) fees, “effective rate” reconciliations for generic and brand dispensing, and other post-point of sale clawbacks. North Dakota’s law,3 which is fairly robust, prevents a PBM from directly or indirectly charging a pharmacy a fee related to a claim that is (1) not apparent at the time of claim processing; (2) not reported on the remittance advice of an adjudicated claim; or (3) charged after the initial claim is adjudicated at the point of sale. These kinds of laws are growing in popularity among states. At a federal level, there have been several efforts to specifically do away with DIR fees through legislation, but none have yet passed.4

Perhaps one of the strongest laws that bears on the issue of reasonable drug reimbursement is the Any Willing Provider law.  On the federal level, the federal Any Willing Provider law5 (AWPL) requires PBMs to offer “reasonable and relevant” terms and conditions to any pharmacy that seeks to participate in the Medicare Part D Program. CMS has specifically interpreted this requirement to mandate reasonable pricing.  Similar regulations with respect to many states’ Medicaid programs.  While the federal AWPL applies in the context of the Medicare Part D program, many states have adopted their own AWPLs applicable to participation in commercial and/or Medicaid networks.6 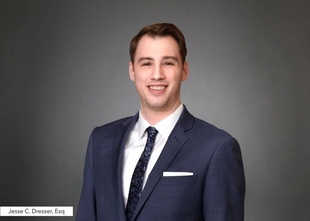 Unfortunately, just because a law is “on the books” does not mean PBMs will follow them as written, nor is it always apparent who may enforce the law. Many laws regulating PBMs do not provide a private right of action—that is, a pharmacy may not be able to directly sue a PBM in court or arbitration based on the PBM’s breach of law. Alternatively, enforcement may be left to state agencies, to varying effect.

Notwithstanding the challenges of enforcement, pharmacies can be successful challenging PBMs, even without a private right of action.7 Even though laws are often written to apply to Plans, laws are meant to be followed, and PBMs must be made to follow these laws to protect providers and patients alike.

Jesse C. Dresser, Esq. and Steven Bennet, Esq. are Partners in the law firm Frier Levitt, LLC, a national boutique healthcare and life sciences firm and A.J. Barbarito is an Associate in the Firm.  To learn more visit www.frierlevitt.com.